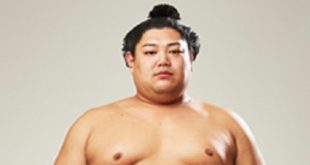 Kotooshu to establish own stable

Former Bulgarian ozeki Kotooshu will leave the Sadogatake stable and establish his own stable in April, a Japan Sumo Association source said Wednesday.

The JSA executive board looks set to approve the move this month. Kotooshu (now sumo elder Naruto) would be the first European-born wrestler to run his own stable and the third wrestler born outside Japan.

The 34-year-old Kotooshu made his debut at the 2002 Kyushu Grand Sumo Tournament and became the first European to wrestle at the sport’s second-highest rank of ozeki after winning promotion for the 2006 New Year Basho.

Kotooshu won one championship title at the Summer Basho in 2008 and retired from the raised ring in 2014, the same year he obtained Japanese nationality.