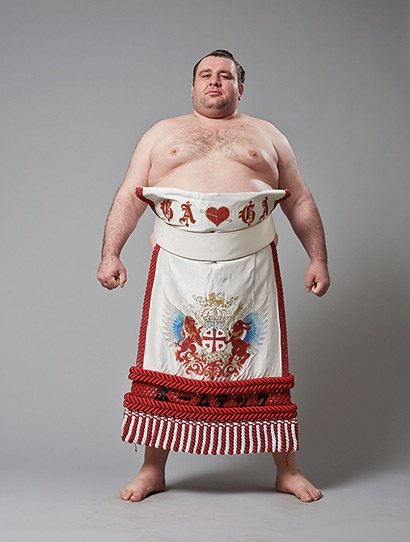 Georgian sumo wrestler Gagamaru is retiring from the sport, the Japan Sumo Association said Tuesday, following a run of injuries that have kept him out of competition.

The 33-year-old from Tbilisi, whose real name is Teimuraz Jugheli, contested 36 tournaments in sumo’s top flight, the makuuchi division, and attained a career-high ranking of komusubi, the lowest of the three elite « sanyaku » ranks beneath grand champion.

Tipping the scales at around 200 kilograms, he fought with a pushing and thrusting style suited to his gargantuan frame.

Gagamaru made his professional debut in 2005 and was promoted to makuuchi for the 2010 Nagoya Grand Sumo Tournament. He reached the sanyaku ranks in spring 2012.

Injuries to both knees forced him out of the past six tournaments, during which time his ranking fell to No. 46 in the fifth-tier jonidan division.

Gagamaru was the third wrestler from Georgia to compete in the makuuchi division, following Kokkai and Tochinoshin.