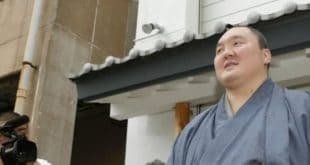 Mongolian yokozuna Hakuho said Thursday he has recovered from injury and is ready to wrestle at the Kyushu Grand Sumo Tournament getting under way in Fukuoka on Sunday.

Hakuho pulled out early in the Autumn Grand Sumo Tournament in September with a left knee issue. He wrestled at the end of a regional autumn tour last month. He has been taking on opponents in practice since Monday and says he is ready to go.

“Yes. I am fine,” Hakuho replied when asked by reporters if he would be taking part in the Kyushu meet. “There is no pain (in the knee) after practice and I have built up my physique in my own way.”

Hakuho lost his first two bouts at the Autumn meet and withdrew from the 15-day basho in Tokyo on the third day. It was the first time he had pulled out of a tournament since making his yokozuna debut at the 2007 Nagoya meet.

The most successful wrestler in the history of sumo with 35 career titles, Hakuho will appear in his 50th meet as yokozuna at the Kyushu meet, taking sole possession of fourth on the all-time list. 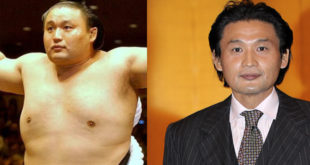