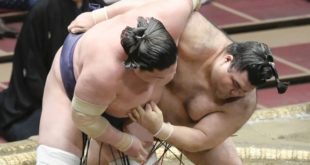 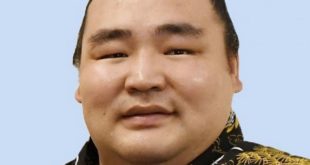 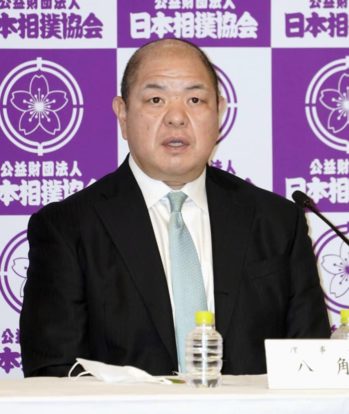 The wrestler, whose name and stable has not been disclosed, belongs to one of the sport’s lower divisions, the JSA said. He first developed a fever on Saturday, but none of his stablemates or officials has complained of symptoms of the virus.

« It made me realize that infections exist close around us. I hope from the bottom of my heart that (the wrestler’s) condition doesn’t become severe, » said Shibatayama, the association’s communications director.

The association has not called off daily training but new instructions include requiring wrestlers to take their temperatures twice a day.

The tokoyama responsible for styling wrestlers’ hair into their signature oiled topknots have been asked to avoid public transportation when coming to stables, a spokesman said.

The case comes as a new blow to the JSA, which has already been forced to make changes to the schedule and format of its grand tournaments in response to the coronavirus pandemic.

After holding the spring tournament in March in Osaka without spectators, the JSA delayed the Summer Grand Sumo Tournament in Tokyo by two weeks, with a new start date of May 24.

It has said the Tokyo meet might also be held without spectators or canceled altogether depending on the situation of the pandemic.

« The situation around the world has become more serious, » Shibatayama said. « We need to decide the direction we are going (with the meet). »

During the spring tournament in March, No. 15 maegashira Chiyomaru pulled out with a fever but tested negative for the coronavirus. The Osaka event would have been canceled had a wrestler tested positive.

A young wrestler at a Tokyo stable confirmed daily training was continuing as usual but said activities were limited.

« We wear masks where possible, wash hands, disinfect hands… We have been taking normal prevention measures, » he told AFP, speaking on condition of anonymity.

« We don’t visit other stables to practice. We have been practicing in our stable only. »

« We go out only for (grocery) shopping… Stress is building up in many people, » he added. 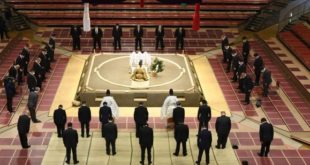